The Institute for Fiscal Studies reported today that over 60s are the only age group to be better off now than they were before the financial crisis struck in 2007/8, while adults in their 20s saw the biggest fall in income — about 12 per cent. They called it “a triumph of social policy.”

END_OF_DOCUMENT_TOKEN_TO_BE_REPLACED

Britain has lost its perspective. Either that or its had one too many pints. Nigel Farage, leader of the UK Independence Party, had to flee demonstrators in Edinburgh yesterday who were calling him racist, and take refuge in a pub. Safe in a BBC radio studio after he had been extracted by police, he called the demonstrators “fascist scum“.

This depresses me hugely, because it it synonymous with why Britain is in decline. Here are the three big problems:

END_OF_DOCUMENT_TOKEN_TO_BE_REPLACED 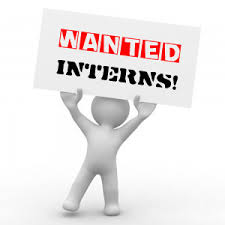 Almost every kid next door has a degree these days. Even post-grad qualifications are common, making it damn difficult for employers to pick and choose. In addition to paper qualifications, they look for extra-curricular experience – a degree is no longer enough.

So we shouldn’t be surprised that the market for internships has got pretty competitive too. But here’s the shocker: you can buy an internship. The going rate? £5,000.

END_OF_DOCUMENT_TOKEN_TO_BE_REPLACED

Ever feel like your landlord charges so much that you work Monday to Wednesday just to pay someone you never see? If it’s any consolation, you’re not alone, but new evidence shows that long-term renting can take a toll on family life.

END_OF_DOCUMENT_TOKEN_TO_BE_REPLACED

Once in a blue moon a banker does something so out of character it makes you wonder if someone squished his Bentley…just to show him who’s boss. So it is with Mr Crosby of HBOS, who a few days ago I would have called ‘Sir’ James.

END_OF_DOCUMENT_TOKEN_TO_BE_REPLACED

Getting rich people to pay taxes seems just about as difficult as climbing Everest in your nightie. During a blizzard.

Well, today some of the world’s richest people have been named and shamed for their penchant to stash money in offshore accounts, mostly in the British Virgin Islands near the Caribbean.