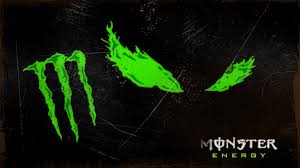 Blindingly obvious advice on labels is a common pet hate. I mean, why would you write “may contain nuts” on a packet of peanuts? Well…here’s your answer.

END_OF_DOCUMENT_TOKEN_TO_BE_REPLACED

Why the British government felt they needed to ask 2,272 people to confirm an ancient proverb, I have no idea. 65 per cent thought that who you know is more important that what you know when it comes to finding a job. But the results were actually a lot more interesting than the headline figure suggests, because of how contradictory they are.

END_OF_DOCUMENT_TOKEN_TO_BE_REPLACED

Apparently the Leveson Inquiry didn’t yield terribly much, because pictures of celebrity chef Nigella Lawson being strangled by her husband in public are all over the front pages. It’s rather drowned out the more important story about the UK government spying on world leaders during a summit the country hosted in 2009.

END_OF_DOCUMENT_TOKEN_TO_BE_REPLACED

For those who have heard some of what’s been going on but got a bit lost in the storm of media coverage, I thought I’d do a nice quick(ish) summary.

The Guardian and Washington Post broke a story last week about the extent to which the US National Security Agency spies on people. This is the US equivalent of GCHQ – a spy agency specialising in digital communication. The reports basically said that the NSA had been saving huge quantities of data in partnership with companies including Google, Facebook, Microsoft and Skype (not Twitter, oddly enough). They have also been recording phone call information from the large US carrier Verizon.

The targets of such digital surveillance have been mostly foreign to the US, although the system they use only has a 51 per cent confidence measure, which means that pretty much anyone could be on the list. Other governments have also been implicated, including the UK.

END_OF_DOCUMENT_TOKEN_TO_BE_REPLACED

Which one would you hire? (it’s the same woman by the way)

Unfortunately, yes. It’s not just women – the dreaded “halo effect” gets us all. Turning heads is a great way to get a job, and when they do get employed, attractive people are likely to earn 3-4 per cent more than a person with below-average looks. But that’s not the whole story.

END_OF_DOCUMENT_TOKEN_TO_BE_REPLACED

Getting cleavered to death is a nasty way to go. It’s emotive and graphic. But it’s also very small scale. The country’s reaction to Drummer Lee Rigby’s murder on the streets of London has been completely overblown.

Most of the controversy among the media and politicians is about Home Secretary Theresa May’s proposals to revive legislation to increase police powers over hate groups (popularly called the snooper’s charter). This would include possible banning orders for extremist groups, even if they don’t explicitly encourage terrorism, and a crackdown on internet activity.

This is missing the point. Even if you prevent radical speech online, you can’t stop it in the privacy of people’s homes. At least online you can monitor it, whereas if you start banning online preaching,  it’ll just go off the radar. Plus, two radicalised young men with cleavers cannot be stopped because they no longer have access to their favourite YouTube cleric. You have to detain them, which is a whole other slippery slope.

END_OF_DOCUMENT_TOKEN_TO_BE_REPLACED

A bill to legalise gay marriage is going through the parliamentary process at the moment – it is being debated again on Monday as I write this – but the whole thing is causing so much uproar among politicians that some people are saying it could tear the Tory party in two. Why, and what makes this such a controversial issue?

END_OF_DOCUMENT_TOKEN_TO_BE_REPLACED

Britain has lost its perspective. Either that or its had one too many pints. Nigel Farage, leader of the UK Independence Party, had to flee demonstrators in Edinburgh yesterday who were calling him racist, and take refuge in a pub. Safe in a BBC radio studio after he had been extracted by police, he called the demonstrators “fascist scum“.

This depresses me hugely, because it it synonymous with why Britain is in decline. Here are the three big problems:

END_OF_DOCUMENT_TOKEN_TO_BE_REPLACED

Poor young Nick Grimshaw. He may have stupid hair but he’s only 28 and is taking a hell of a lot of flak for losing almost a million viewers since he started presenting Radio 1’s breakfast show in September.

Maybe that’s why the BBC is sending him on tour – to go and win some fans back with a flick of that quiff.